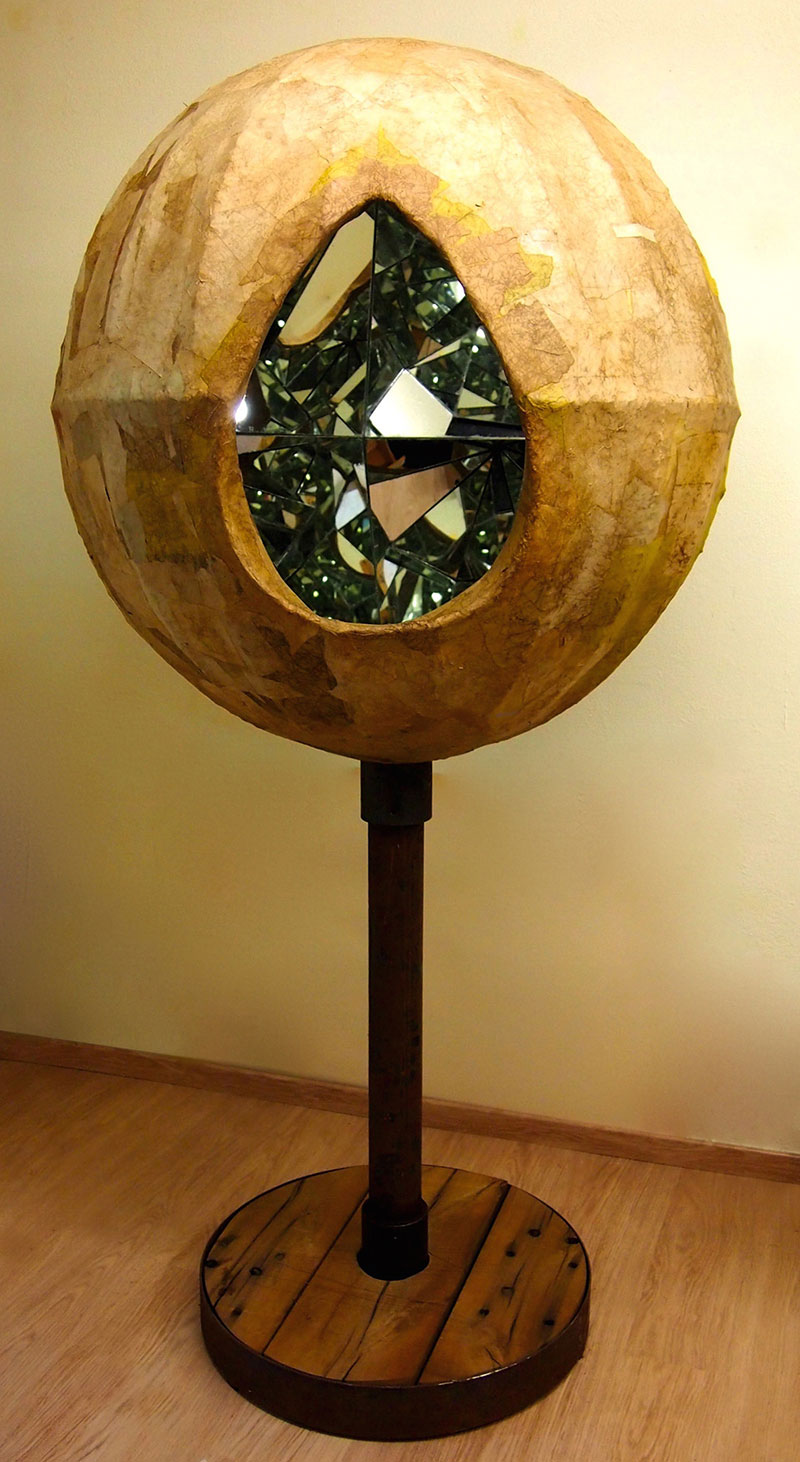 The letter YOD, in Hebrew, tough begin slightly bigger than a dot, hints at the essence of things, at that which is "beyond" (before and after) space and time. It thus represents both the idea of creation and the metaphysical dimension of the world. YOD has the shape of a large seed, inviting us to explore its insides. But it doesn't offer us a reassuring return the "uterus", but a disorientating experience instead. The shape of the visitor is shattered and reflected on multiple mirrors, it is thus broken down and mixed up together with the images and sounds of a video, just chopped up and reflected. Its very content, being dominated by evocative combinations, contrasts, and analogies, seems to be losing every and all reference points. To those who carefully look, the images do reveal signs of a possible "different" meaning of things, as well as many possible stories of which a seed is by mysterious ways the "promise".